Teresa Robinson is the artistic heart & maker
of my favorite jewelry, Portland-based Stone & Honey.
Since posting about S&H not once, but twice before, I’ve acquired two new pieces and I want to share! When wearing jewelry I think it’s all too easy to end up participating in aspects of capitalism, mass-production, and in the case of diamonds – murder, exploitative labor, and corruption. With the exception of some inherited pieces I do not own diamonds or want them. A fair trade diamond is still a symbolic gesture, one that values a rock that has caused and sustained deeply violent practices, I don’t want that either. I should thank my friend Heather at this point, who lived in Africa and helped educate me about the realities surrounding both diamonds and chocolate, even today.

If not vintage, I look for pieces that are designed and made individually, reflect my commitment to the craft of metalwork, and that I admire for their production (rather than resent it). Supporting artists is important, and jewelry/metalworkers are no exception, the often remain unrecognized (much like contemporary potters). The patience involved in finding objects that don’t confuse my political and aesthetic views is always worth it. As always I am drawn to all things natural, beautiful as they are. And I think Robinson’s work represents an effort to not distort the stone/crystal, but to allow it to speak for itself as a product of time. I consider her work straightforward and still delicate. I’m a bonafide fan. If interested, other jewelry artists I dig can be found here.

From the Agate & Amethyst collection.

And the one I bought when I felt down at the end of last semester:

Lastly, the one Jason gave me over the holidays:

A single point amethyst (birthstone for both of us) necklace.

I’m kicking myself for not buying one of these while still available in my size. Twice she’s sold out of the 7s in this ring and it’s a pretty new design!
Boo & yay at the same time. 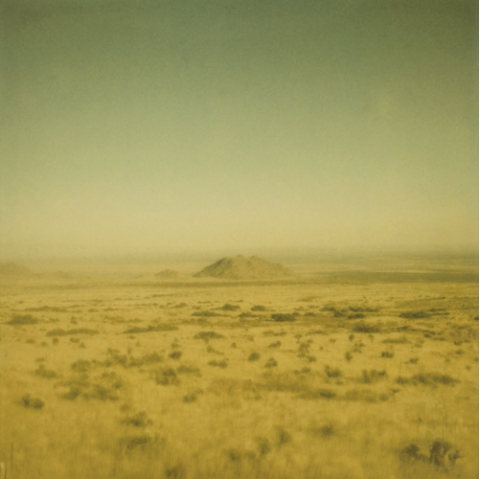 Unbroken Down by Dave Jordano

“This project bears witness to the fact that it is not about what’s been destroyed in Detroit, but more importantly, about what’s been left behind and those who are coping with it… This is the most emotional work I’ve made. I don’t get tired and I just keep wanting to go back. I find more and more material every time I go.”

Unbroken Down is an attempt to set the photographic record straight by Dave Jordano; he believes that Detroit is more than a tale of decline and images of the associated urban decay. Yet, a lot of celebrated photography projects made in Detroit recently have focused on ruination as if the apocalypse passed through and kept going. 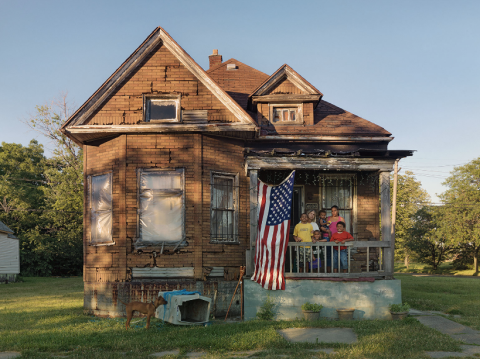 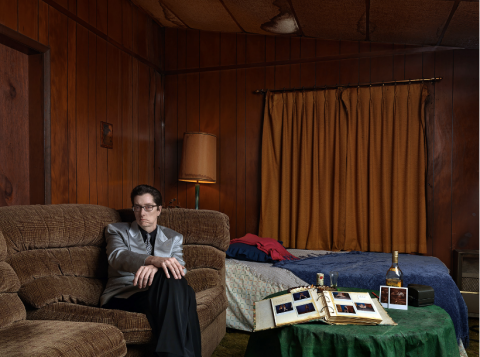 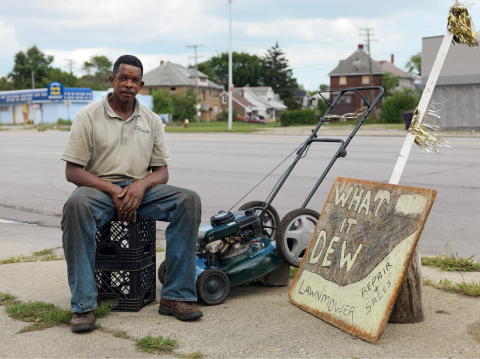 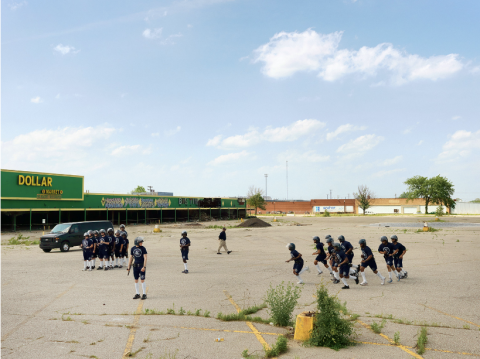 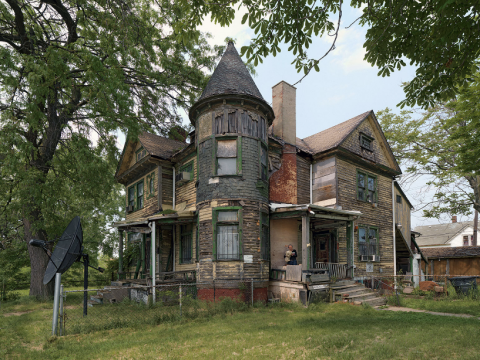 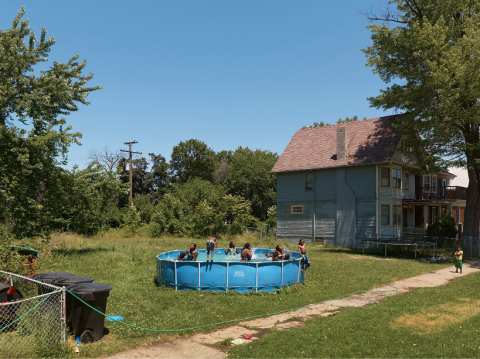 Joshunda Sanders wrote this good piece on Lean In‘s recent campaign to ban “bossy”, and some of her statements have provoked me to do something I haven’t done in a long time: blog. Before I get into some of my thoughts related to Lean In, let me make clear that I do not disagree with Sanders – Lean In’s campaigns express white privilege, a problem deserving our attention and critique. It is not her problematization of Lean In as privileged that provoked me to write, it is the broader habit of the feminist blogosphere to denounce Lean In that I take issue with. I don’t fully understand why people are upset about Lean In failing to attend to structural issues when it has never prioritized, or even acknowledged the necessity of, changing structural issues. Lean In just isn’t the droid we’re looking for.

For example, Sanders wrote, “Banning the word bossy skirts the true issues at the heart of women’s inequality and our self-consciousness in the world of work: money and privilege.” I don’t expect Lean In to focus on those “true issues at the heart of women’s equality” because it never told me it would. LeanIn.org describes the brand as “committed to offering women the ongoing inspiration and support to help them achieve their goals.” As far as I can tell, it’s sort of doing that. Many young women are inspired by the Lean In campaigns and feel supported by their existence. The organization seeks to support women in specific ways, and so it does, it does not want to make material systemic change, and so it does not. I’m interested in a conversation about what it means for an organization of this kind to receive such national attention, the implications of these hegemonic messages and the nature of their palatability are ripe. I’m less interested in feeling betrayed by a project that made me no promises. That being said, the Ban Bossy campaign is a compelling one as a subject of feminist debate, and I think it can be interpreted in diverse ways that don’t hinge on privilege.

Patriarchal logic informs the idea that a word’s power can be dismissed as a semantic eye-roll rather than as a symptom of sexist and misogynistic culture. There is a relationship between the language we use to ascribe meaning to the world and how we actually interpret the meaning of the world. When young women are told they’re being bossy, they’re being shown how the world will treat them differently than young men who behave in identical ways, they’re being shown that we have an entirely different catalog of words to describe what they mean to us, words that will usually hierarchically organize them just a little bit lower – over and over and over again. Now, there are plenty of women who completely reject the notion that bossy is bad, but their reclamations don’t preclude others from using bossy in hurtful, power-laden ways. And as long as there are people in positions of power using bossy to discourage girls from behaving brazenly, I have a way to support getting rid of such use of the word.

Overall, I don’t care that much about what the Lean In project is doing because its merit remains ambiguous to me, it ain’t the only initiative out there and as far as I can tell its goals haven’t ever included structural change. Why are we expecting Lean In to do things it never said it would? Why was anyone surprised or even disappointed when Lean In, a brand founded and directed by a woman who is deeply invested in online media, focused on an issue of representation in …online media (re: stock images of women in the workplace)? The feminist blogosphere was quick to point out how little that effort would do to address the institutionalization of sexism in our work economy, but …duh. I am not hurt by Lean In’s failure to address more material issues because that isn’t its intention, purpose, or perhaps even its possibility given how deeply embedded the whole premise is in capitalist economy. I mostly choose to disregard Lean In just as I do with a lot of mainstream fem-washed organizations. I keep my finger on the pulse, and the feminist blogosphere isn’t about to let me ignore Lean In completely, so when it comes to how I’d like to devote my energies I focus instead on supporting initiatives that enact my intersectional politics. I’m just not sure what we’re trying to accomplish by still caring so much about how Lean In fails as a feminist enterprise. 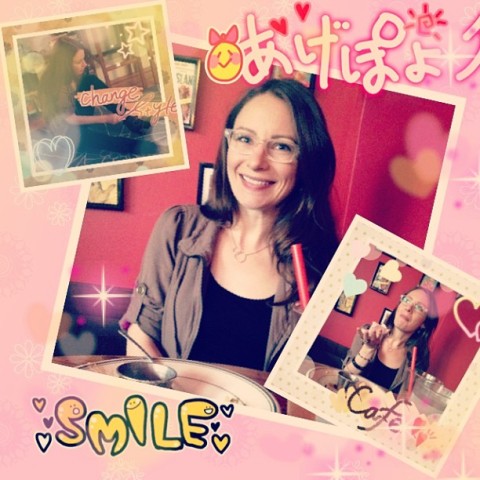 Kind of. Thanks, kid sis!